A new award has been created to commemorate the contribution made to Radio Sailing, and explicitly the IOM class, by Geoff Smale.

May 20, 2011: Following the untimely passing of Geoff Smale (NZL), an idea to produce an award in his honour was developed by Zoran Grubisa (CRO). From the seed of that idea the IOM ICA was approached by Jeff Byerley, on behalf of himself, Graham Cross and Tom Butler (all NZL), offering to produce an award in memory of Geoffâ€™s contribution to the IOM class. The ICA gladly accepted the offer.
Some discussion was held, including with Geoffâ€™s family, to determine the guidelines for presenting this award. It was quickly decided that the award would be presented at each World Championship Regatta and the recipient would be the sailor who best exemplified the Corinthian Spirit of sailing. Corinthian Spirit is generally considered as sailing while involving or displaying the highest standards of sportsmanship.
It is the opinion of everyone involved in creating this award that Geoff Smale was the embodiment of a true Corinthian sailor.
The award, to be known as the Geoff Smale Memorial Corinthian Spirit Award, is in the form of a perpetual trophy which will be updated at each presentation with a plaque added to track the history of the award while a smaller trophy will be presented to each recipient that they will keep to show their accomplishment.
The first presentation of this award will take place at the upcoming World Championship Regatta to be held at West Kirby in Great Britain. Selection of the recipient will be done by the event Race Committee, including the appointed umpires. 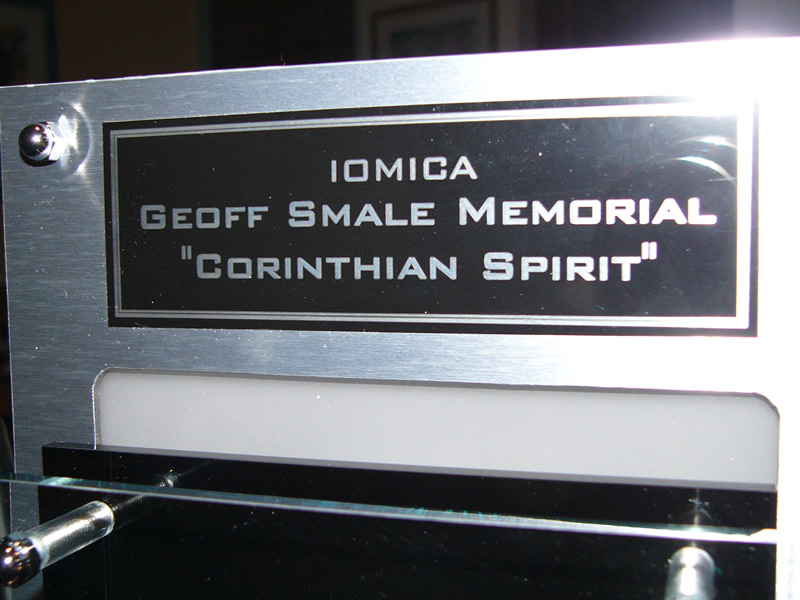 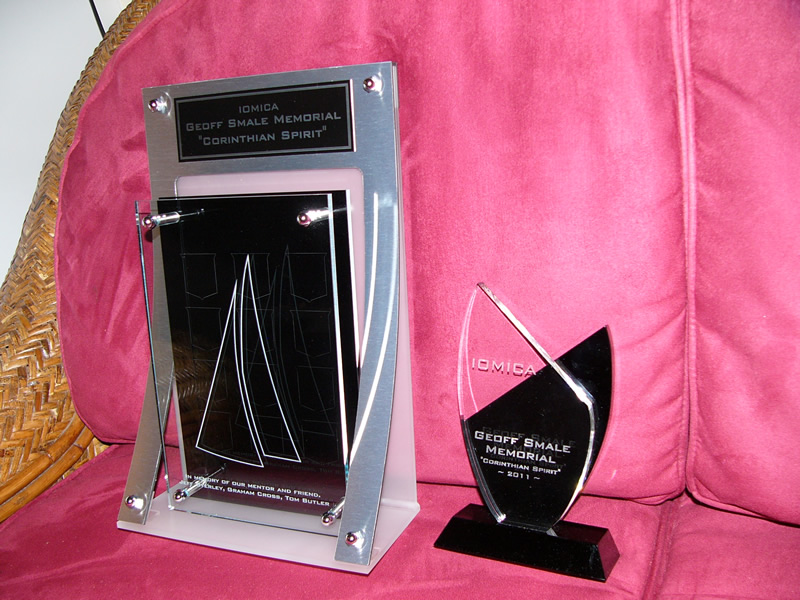